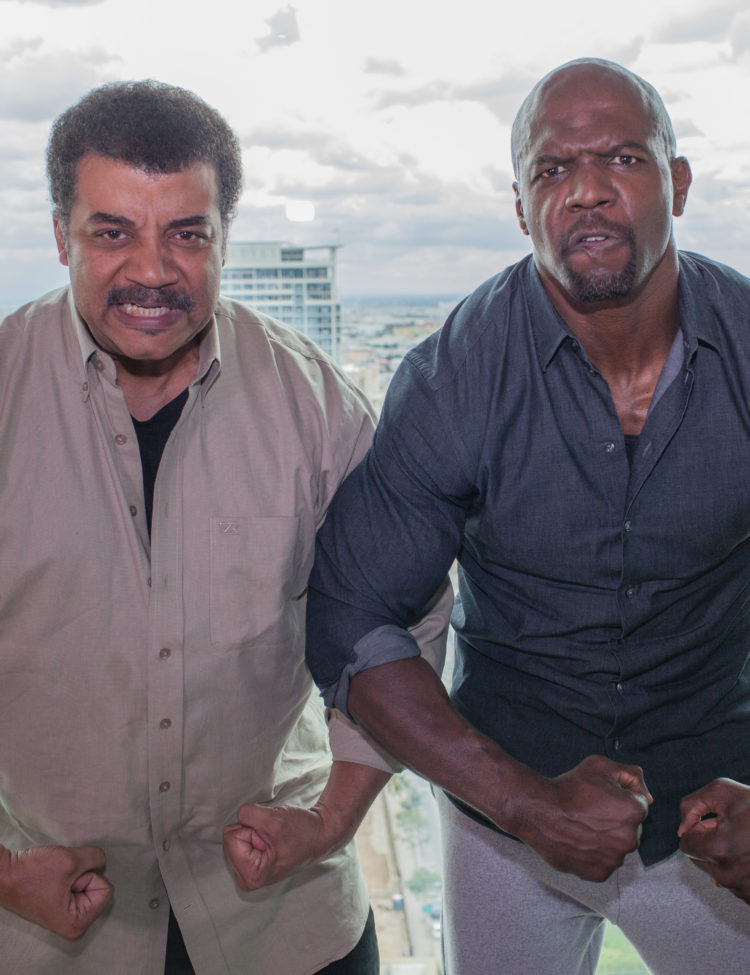 The Science of Fitness, with Terry Crews SEASON PREMIERE: It’s time to get pumped up when Neil deGrasse Tyson interviews former NFL star and actor Terry Crews about physical fitness, exercise, and more. Neil and Terry share personal stories about how fear drove each of them to pursue strength to protect themselves and others. In the studio, Neil and Chuck Nice team up with exercise physiologist Dr. Felicia Stoler to review the benefits of weightlifting and flexibility training. You’ll learn why it’s important to exercise every day – and why it’s critical to allow time off between working the same muscles. Explore the science of nutrition, including why the proportion of nutrients is far more important than the source, why people in “blue zones” live longer than New Yorkers, and why Neil says that at some level, a healthy diet is all about physics. Terry, a proud carnivore who maintains 4% body fat, jokes around with Neil about judgmental vegans, while Chuck reminds Neil about a few famous StarTalk guests who happen to be vegans: NJ Senator Cory Booker, theoretical physicist Brian Greene, and former President Bill Clinton. NYU neural science professor Wendy Suzuki calls in to describe the impact of exercise on the brain: how walking can significantly improve creativity, as well as how exercise can help stimulate the growth of new neurons in your hippocampus and improve mood, attention, and long term memory function. Plus, Terry shows Neil his geek underbelly and shares how, as a young child growing up in a very religious household that prohibited movies, dancing, and music, it was Star Wars and science fiction that opened his mind to what was possible and made him who he is.

NOTE: All-Access subscribers can listen to this entire episode commercial-free here: The Science of Fitness, with Terry Crews, as well as Neil’s extended interview with Terry Crews here.